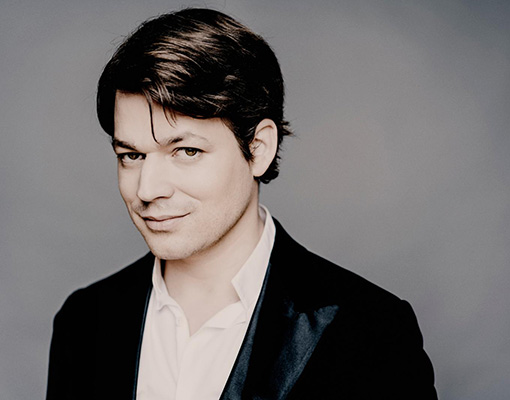 Programme Note
This season sees French pianist David Fray appear in concert with Cecilia Bartoli and Swedish baritone Peter Mattei, among others, as well as with ensembles including the Orchestre de la Suisse Romande and the Orchestre national du Capitole de Toulouse. He has released several CDs, including remarkable Mozart and Schubert records, and several award-winning Bach albums. Critics consider him one of today’s most innovative Bach interpreters, and Bruno Monsaingeon’s portrait film (Swing, Sing and Think) went a long way towards securing this acclaim.
David Fray has performed the composer’s C minor piano concerto several times in recent seasons, and on this evening with the Franz Liszt Chamber Orchestra, he will also be joined by Kristóf Baráti and István Várdai for the triple concerto, which promises to be a sensation of the season.