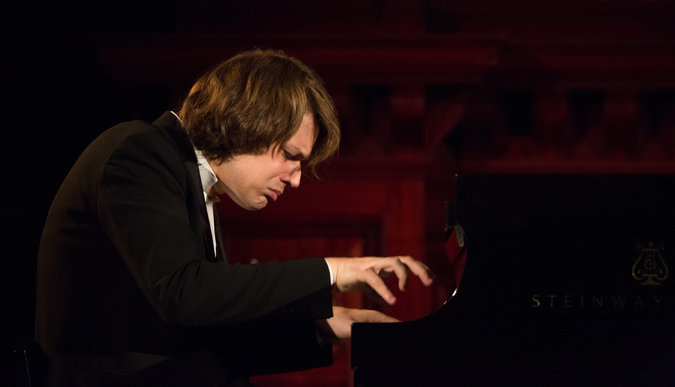 David Fray’s return to the New York City recital stage was “rapturously received” (The New York Times). He performed three of the composer’s sonatas in the Board of Officers Room at the Park Avenue Armory on Tuesday, 6th October.

The New York Times’ James R. Oestreich writes, “Mr. Fray was again muscular when appropriate, but he was captivating in those melting moments, sweet but not at all sentimental. Some abrupt phrase endings seemed in his touch simply to evanesce. Yet his playing could also be explosive, and he was not above display in the strong moments, with big, splaying arm thrusts.”

He continues, “The meditative chordal opening (of the Sonata in G Major, D. 894) seemed to suit Mr. Fray’s pensive temperament ideally. And again he forged the work’s powerful outbursts and abundant lyricism into a compelling unity. …This is an artist we need to hear more of, and in different moods. …I’ll listen eagerly to whatever he wants to say.”

Click here to read the full review at nytimes.com