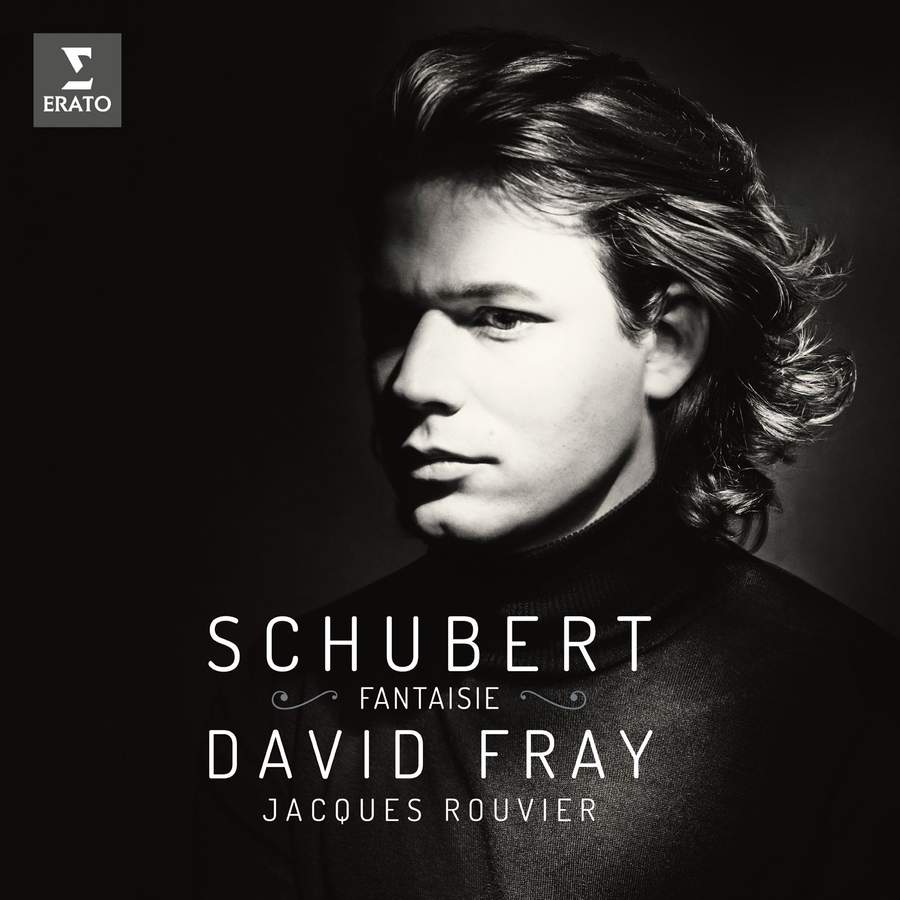 David Fray returns to Schubert with his much-anticipated second recording of the composer’s piano music, a collection of passionate late works. Along with the Sonata in G D894 ‘Fantasie’ and the Hungarian Melody D817, Fray presents two duets for piano four-hands, both composed in the last year of Schubert’s life: the Fantasia in F minor D940 and the towering Allegro in A minor D947, ‘Lebensstürme’ (‘Storms of Life’). Fray invited Jacques Rouvier, his mentor and renowned teacher from the Paris Conservatoire, to join him in the studio, making this album a true labour of love.

The young French pianist’s Schubert interpretations are universally admired, both on disc and in recital. In its review of Fray’s 2009 album of the Moments musicaux and Impromptus D899, The Guardian praised his “discerning musicality… the sheer lucidity and polish of Fray’s playing, its exceptional command of colour and touch and the way he invariably uses that range of sound to point up musical structures in a meaningful way.” Gramophone declared it “a Schubert disc of the rarest distinction”, while BBC Music Magazine joined the fray with: “What’s immediately striking about his Schubert playing is its refinement, and variety of colour.”

“David Fray is alive to the way the music moves at every point and skilled at evoking worlds of sound beyond the piano…Jacques Rouvier was David Fray’s teacher. They make superb duettists, and I think one would have to go back to Murray Perahia and Radu Lupu – long ago – to find a far-reaching version of the F minor Fantasia as fine as theirs.” – Gramophone

“This is a mightily impressive release with Fray and his partner Rouvier creating a wide range of colour in what are passionately felt interpretations. The interplay between the players is a constant pleasure…Fray’s variety of touch and dynamic control combined with a remarkable insight provides breathtaking results” – MusicWeb International

“David Fray’s playing of the sonata, and of the brief, haunting Hungarian Melody, D817, is a delight.” – The Sunday Times