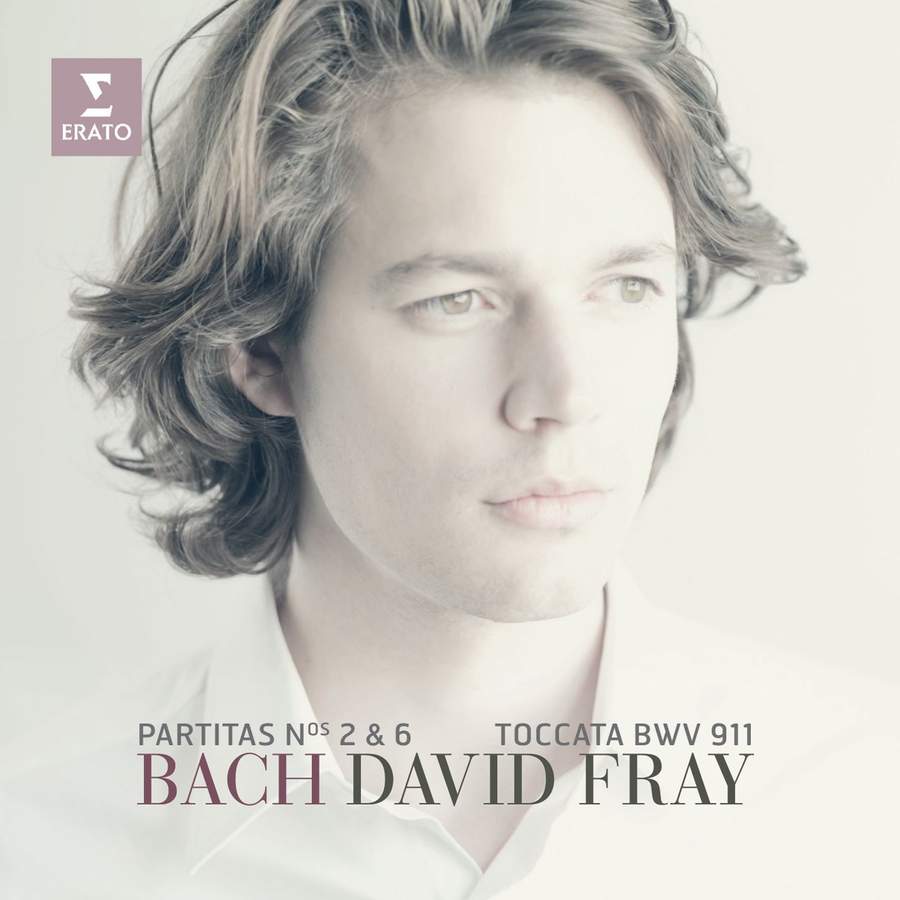 David Fray, described as “perhaps the most inspired, certainly the most original Bach-player of his generation,” launched his Virgin Classics career with Bach and this is his third album to feature the composer’s keyboard music. “We shouldn’t be afraid of acknowledging the expressiveness of Bach’s music,” says Fray. “The Romantics don’t have a monopoly on expressivity!”

With this recital, David Fray returns to Bach, who featured on his first Virgin Classics release some five years ago, when the Partita No 4 and one of the French suites were programmed in illuminating (and prizewinning) fashion with pieces by Pierre Boulez. The recital was followed by a recording devoted entirely to Bach: keyboard concertos with the Deutsche Kammerphilharmonie Bremen.

“We shouldn’t be afraid of acknowledging the expressiveness of Bach’s music,” Fray has said. “The Romantics don’t have a monopoly on expressivity!” The German news magazine Spiegel, observing that “he discovers more psychological depth, more well-rounded stories and more refined emotions than his colleagues,” described Fray as “perhaps the most inspired, certainly the most original Bach-player of his generation”.

“It’s much more interesting to study Bach’s approach to the orchestra in the Magnificat or the Christmas Oratorio than to read books on how to play Bach on the piano,” continues Fray, “I try to make music like a conductor, not just as a pianist … The piano constitutes a way of getting nearer the heart of the music. How do you balance the voices? How do you find a progression in a movement? How do you put the polyphony in place?”

Gramophone has spoken of Fray’s “unselfregarding mastery and musical maturity,” and the “intimate, poetic spell” cast by his Bach with its “gorgeous tone and ravishingly shaded trills,” while The New York Times has praised his “articulate touch, splendid command of shadings and nimble finger work,” describing how “he brings a fluid sense of rhythm and much sparkle to Bach’s D major Partita.”

In his native France, Pianiste magazine has written of “a great limpidity in his piano sound … both seraphic and intense, with tightly controlled sonorities … David Fray delivers a penetrating vision of these works [the Bach concertos]… Beneath his fingers they become magisterial to a degree we had forgotten.” Le Monde de la musique, also discussing the Bach concerto album, declared that: “The interpretation is always generous, enthusiastic and rich in contrasts. The fast movements appeal with their healthy energy, exuberant humour in their finales and lyricism throughout. No moments of tension stiffen the pianist’s phrases and he gives free rein to the sound.” Le Figaro, meanwhile, highlighted “an incredible flexibility in the way he engages with the score. If you want Bach that is airy, imbued with an expressivity that the authenticists are not always in a position to supply, then this disc is for you … David Fray’s fluidity is worthy of his idol, Wilhelm Kempff … His playing is ruled by a dancing, questioning spirit.”