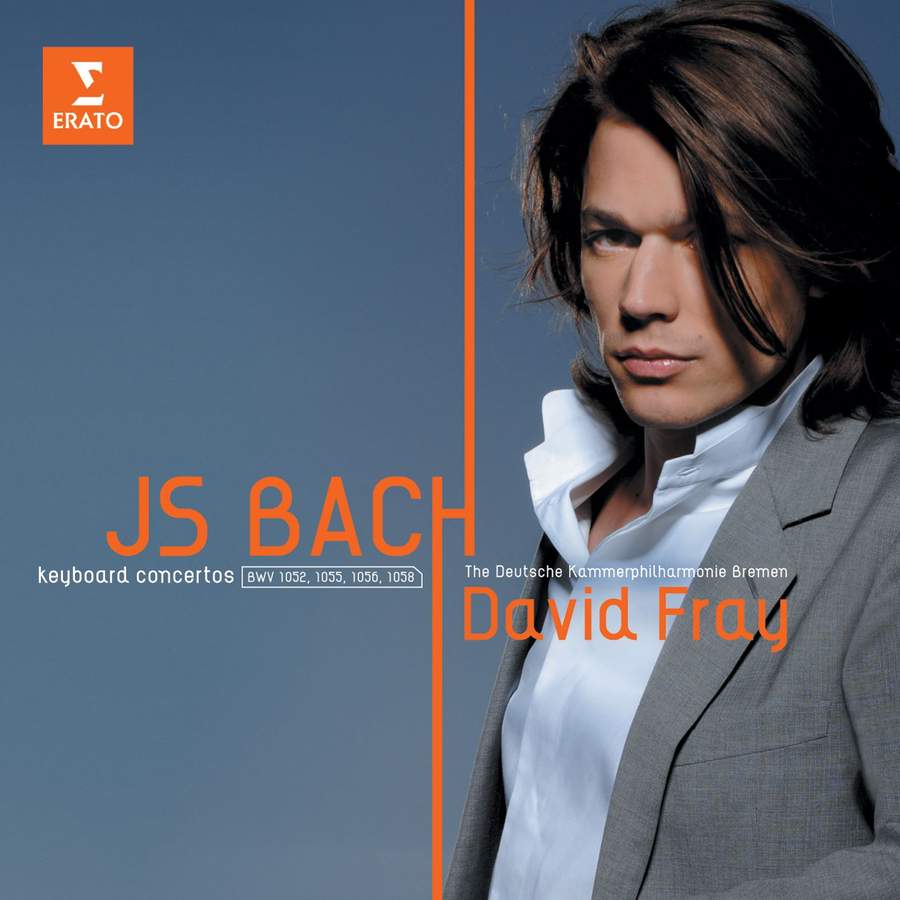 This collection of Bach concertos is the French pianist David Fray’s second recording for Virgin Classics. His first, with its thought-provoking juxtaposition of Bach and Boulez, was released in May 2007 and in April 2008 brought him the Best Newcomer Award from BBC Music Magazine. The recital also prompted Gramophone to speak of his: “unselfregarding mastery and musical maturity,” and the “intimate, poetic spell” cast by his Bach with its “gorgeous tone and ravishingly shaded trills.” The New York Times found it a “superbly played and thoughtful program … In both Bach and Boulez, Mr. Fray displays an articulate touch, splendid command of shadings and nimble finger work. The youthful freshness of the performances is especially appealing. Mr. Fray is not intimidated by either giant … He brings a fluid sense of rhythm and much sparkle to Bach’s D major Partita … [the] account of Bach’s D minor French Suite is also captivating,” while the “playful, crystalline and wondrously delicate account” of Boulez’s 12 Notations” was summarised as “breathtaking”.

2008 has been an important year for Fray, bringing his New York debut, his marriage (in July) and a documentary about him by distinguished filmmaker Bruno Monsaingeon. Now comes this collection of four of Bach’s six concertos for keyboard, with Fray directing the Bremen-based Deutsche Kammerphilharmonie from the piano.

The Austro-German repertoire in general is of great importance to the pianist, whose personal heritage includes Czech, Polish, Spanish, French, Finnish and Jewish strands. He has said that: ‘If, over my life, I can play all the works of Bach, Mozart, Schubert, Haydn, Brahms and Schumann, then I shall be very happy!” but describes Bach as “a pinnacle; both a beginning and an end”.

‘Fray’s debut is marked by an imaginative collation, Bach and Boulez, played with vibrant imagination. He pushes the boundaries but resists the merely quirky. Impeccable technique allows him to speak from the heart with deceptive ease.’ BBC Music Magazine

“ray’s command of colour and imaginative highlighting is intoxicating, and there is a freshness which makes for indisputably rewarding listening” – **** BBC Music Magazine

“his intelligent phrasing and emotional language are what one would expect of a much older pianist, but they are presented with a healthy dose of Young Man vigour and fun. It is playing which carries the impression that something profound is being communicated.” – BBC