David Fray at Royal Festival Hall with The Philharmonia Orchestra 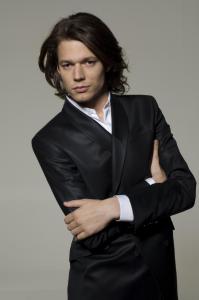 David Fray performed at The Royal Festival Hall with The Philharmonia Orchestra on 18th February, scintillating the audience with a rendition of Mozart’s Piano Concerto No. 24. Both David and French conductor Alain Altinoglu, making his debut with the Philharmonia, received praise in a review by Colin Anderson of Classical Source.

In a performance described as “spellbinding”, Anderson states:

“David Fray, one of the most refined and poetic of pianists… From the off, this was a suspenseful account, the first-movement tempo broad yet purposeful, Fray not so much playing the piano as communing with it, ‘first among equals’ with the Philharmonia and Alain Altinoglu being fully in the picture and complementing the soloist, not least the woodwinds, beguiling in their serenading during the central Larghetto, which while simply phrased and flowing was also full of import.”

“Fray’s choice of Paul Badura-Skoda’s first-movement cadenza – more of a fantasia – offered an appealing extending of horizons, and in the Finale (where shadows return), the music’s claustrophobia was beyond doubt although Fray also found light, shade and grace in the solo part.”

Royal Festival Hall had earlier hosted performances by cello soloist Isang Enders and members of the Philharmonia, conducted by the “unflappable” Pierre-André Valade.

David Fray will be performing at the Stadthalle, Wilhelmshaven this weekend, before performing three concerts alongside the St. Paul Chamber Orchestra in Minnesota at the end of the month. To see David’s upcoming concerts, please click here.

Click here to read the Classical Source review in full.